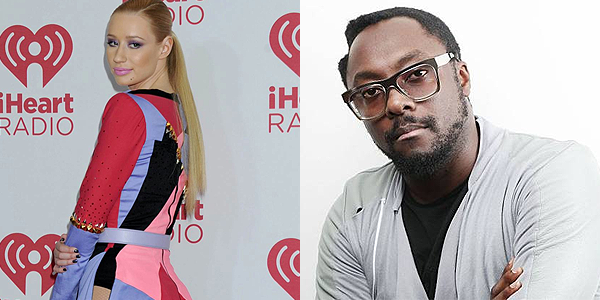 The last few weeks we have seen a handful of rappers and black artists commenting on Iggy Azalea and her place in Hip-Hop specially for being a white female in a genre known to be dominated by black people and men. Most notorious was the feud between Azalea and Azealia Banks who said on an interview for a radio station how Iggy Azalea appropriates from black culture negatively also adding that she isn’t an excellent artist and should not be getting awards and accolades in rap/hip-hop.

Today, The Black Eyed Peas frontman Will.i.am has dropped his opinion on the matter. He praised Iggy Azalea for contributing to black culture positively and for helping spreading it worldwide. He tweeted:

@IGGYAZALEA hiphop Is global now…it doesn’t matter if your white or black…thanks for contributing & spreading our culture positively.

Is saddens me that people are making a big deal about race in hiphop & not ethics…today’s ethics goes against our foundation.