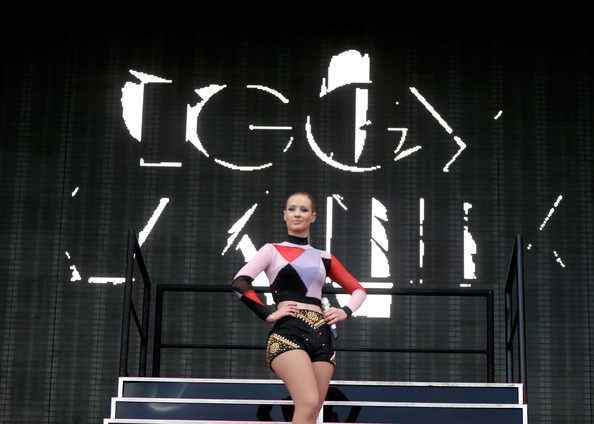 Indisputably The Queen of Music in 2014, Iggy Azalea was one of the top performances during the iHeartRadio Music Festival 2014 that took place in Las Vegas on Saturday (September 20th, 2014).

Known for her skimpy outfits, Iggy’s top had jagged panes of black and red, a black banded collar and long sleeves, while allowing a peek at her trim waistline, and outlined underneath was a dark bralet.

We’ve added OVER 250 PICTURES of her arriving and performing at the event. Be sure to check them out!