T.I. asks Iggy Azalea to stop fighting online and focus on her music 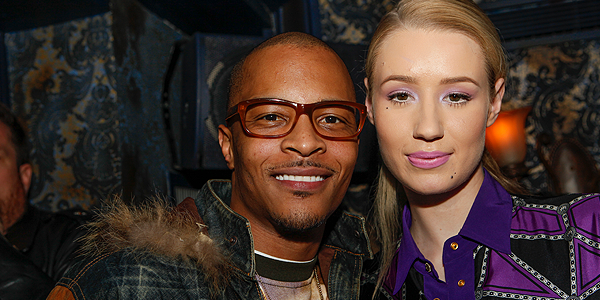 T.I., who has always weighed in on Iggy Azalea’s troubles in favor of her, has given the “Fancy” rapper some advice. T.I., who also happens to be the owner of the label Iggy is signed to, has told her to stop fighting on Twitter and focus on her career.

Iggy Azalea Twitter rants have gotten some notoriety. The rapper has engaged in online fights against Snoopp Dogg, Eve, Jill Scott, Azealia Banks and not only that she has also derogatorily spoken on paparazzi, magazines and even her recent shoe-designing partnership with fashion legend Steven Madden.

A TMZ photographer spoke with T.I. and caught on video the answer he gave to the following question: “Considering that Iggy is on your record label, do you think she needs to respond to everything that is happening in her life?”

T.I. answered: “Absolutely not, I think she should focus on what got her here and thatâ€™s her music and her performing and continue to just present her talents to the world, Itâ€™s like asking Tom Brady if he should be commenting on deflate-gate, you know what Iâ€™m saying? He should be worried about the big game on Sunday.”

His comparison to Tom Brady comes in handy as his team, the New England Patriots, had been accused of deflating on January 18th. Although Brady’s name was brought into the media several times for the accusation, the football player only addressed the matter in one press conference, and nowhere else.

Do you also think Iggy Azalea should be less worried about what others say of her? T.I. tips could surely make our favorite rapper a bit calmer.