Rita Ora would like to recreate “Lady Marmalade” with Iggy Azalea, Charli XCX and Miley Cyrus 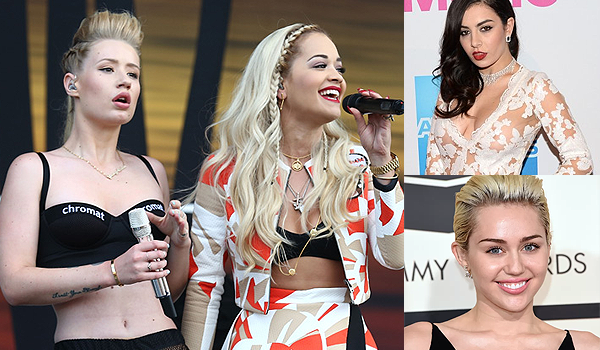 Billboard.com: â€œLady Marmaladeâ€ has evolved quite a bit since its debut in 1975 and singer Rita Ora is hoping to bring it back once again.

The song saw a resurgence in 2001 when the Labelle’s original song was covered by Christina Aguilera, Lil Kim, Mya, and Pink for that summerâ€™s Moulin Rouge film soundtrack. Both versions of the song topped the Billboard Hot 100 for several weeks.

Can lightning strike three times? Rita Ora told The Sun recently that she wants to recreate the song with some of todayâ€™s biggest pop stars.

On Monday (Oct. 12), â€œLady Marmaladeâ€ was a Twitter trending topic as music fans shared their thoughts on Oraâ€™s idea.

Candids: Iggy Azalea out and about in Los Angeles – October 11