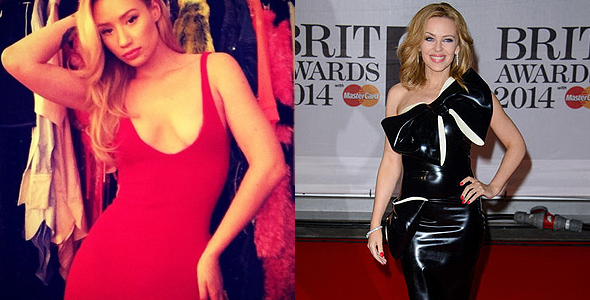 Australian super popstar Kylie Minogue has famed her derriÃ¨re ever since she appeared wearing golden hot pants in the music video for “Spinnin’ Around”, released in the late 90s. But, admittedly, the singer does not think her part competes with curvaceous women like Iggy Azalea and Nicki Minaj.

“I think of those ladies like Nicki Minaj and Iggy Azaleas have bootys and I don’t ever think of mine in the same zone, ” said the singer to The Daily Mail on an interview. “As fun as it is I don’t twerk. I don’t know what you called what I do… i shimmy. I prefer the slow movement, let’s say,” finished the singer.

For the full article and interview, check The Daily Mail.