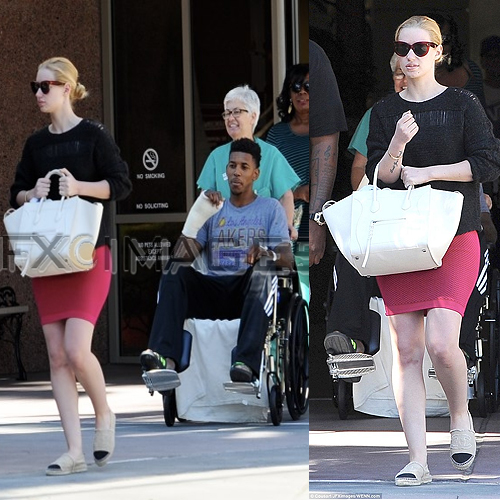 Rapping star Iggy Azalea was spotted leaving The Howard Hughes Medical Center in Los Angeles, California earlier this Tuesday (October 7th 2014) along with her NBA player boyfriend Nick Young who had undergone surgery for his torn thumb ligament the previous day. Iggy was reportedly aside her boyfriend during most of the procedures. Young was seen leaving the hospital facility in a wheel chair pushed by a nurse, he was a few minutes later walking with his arm over Azalea, showing everything was okay with him. We’ve added 15 pictures to our gallery, be sure to check them out: