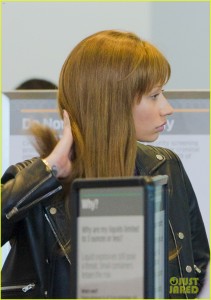 She was probably trying to go unnoticed, but she didn’t. Iggy Azalea was spotted at The LAX Airport in Los Angeles, California on Tuesday (September 16). Iggy is scheduled to perform at the O2 Shepherds Bush Empire in London, UK, so it’s likely she was taking a flight to England. Added 4 photos to our gallery, be sure to check them out: