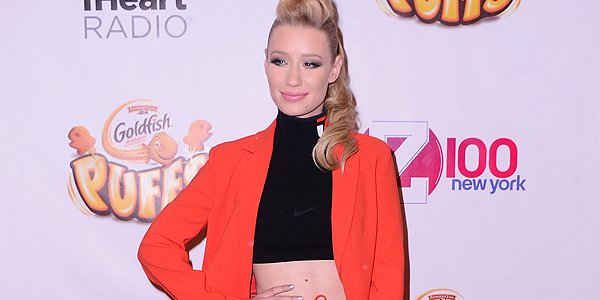 Google has released their annual list of 2014 searches and not surprisingly Iggy Azalea is listed in many of them.

The Australian rapper is listed as the Most Searched Music Artist followed by Lorde and Sam Smith. Nicki Minaj, Taylor Swift, Sia and Daft Punk are also listed in the top 10.

As of summer stats, the term “iggy azalea” averaged 10 million monthly searches on Google in broad terms (broad terms means that every search keyword that includes “iggy azalea” is counted, like “iggy azalea pictures” for example).

Among searches for names in general, Iggy appears at #6, this list is topped by Jennifer Lawrence followed by Kim Kardashian and Tracy Morgan.

For her music, the term “Fancy lyrics” was one of the most searched for music-related subjects.

To go through all Google search charts, Click here.