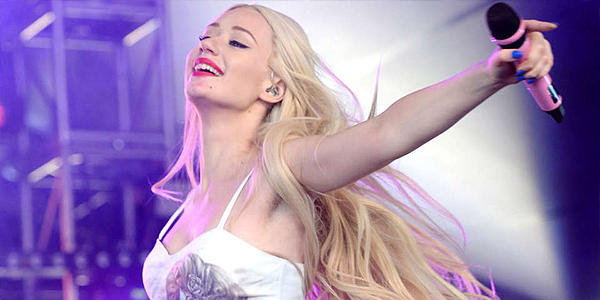 A traditional LGBTQ Pride Festival is set to have Iggy Azalea as headliner in Pittsburgh, PA. The Aussie rapper was chosen to headline 2015 edition of the event set to happen June 13th. Last year, the event had Adam Lambert and Patti LaBelle as headliners.

Not everyone, though, is happy with the festival organizer’s decision to call on Azalea. Protests following the announcement of the headlining took over social media with claims of racist and homophobic remarks coming from Azalea in the past.

Groups of protesters are claiming Delta Foundation, the organization behind the event, isn’t welcoming different backgrounds and is only advocating for “cis gay white men.”

In a statement to the Pittsburgh City Paper, Delta defended their decision to have Iggy Azalea performing: “If we believed that Iggy Azalea was racist or homophobic, we certainly would not have selected her to headline Pittsburgh Pride. Iggy is a highly regarded artist and female entertainer and we have received a tremendous amount of positive messages from members of the community and our allies both locally and nationally that are excited that she will be performing at Pittsburgh Pride.”