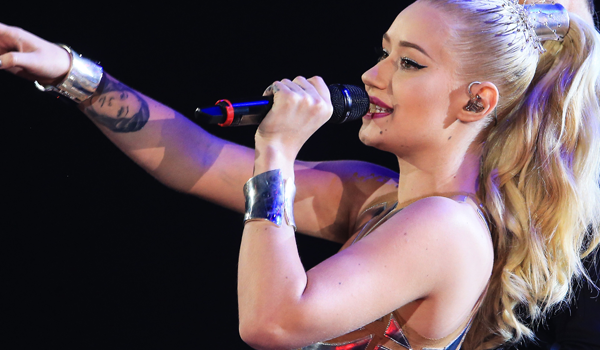 Following the footsteps of its main streaming partner YouTuBe, which had its first awards show last year, VEVO is on set to have its first live event, slated for October 8th in Santa Monica, California, the VEVO certified SuperFan contest.

According to HitFix, rapping superstar Iggy Azalea is set to headline the concert alongside pop singer Demi Lovato. Both artists are “VEVO Certified Artists”, which means they have videos that crossed the 100 million views mark singularly. Iggy has Fancy, which has garnered over 261 million views, next in line could be the music video for “Work”, which currently sits at 93 million, the video for “Problem” (with Ariana Grande) has 187 million views. Demi Lovato, Iggy’s co-headliner, has 5 VEVO certified videos.

Since VEVO began its certified awards, over 300 artists have managed to gather 100 million views in videos. Katy Perry, Rihanna, Eminem, Lady Gaga and Britney Spears are among the ones with the most certifications.

Tickets for the VEVO certified SuperFan concert will be free and fans can enter a chance to win one at: http://certified.1iota.com/show/402/Vevo-Certified-SuperFanFest.