Iggy Azalea to be featured on Shakira’s next album 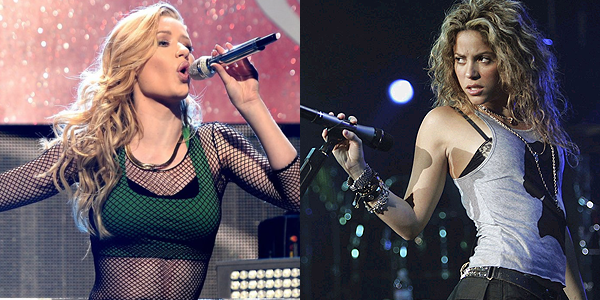 El Mundo, Spain’s largest newspaper, is reporting that Hip-Hop superstar Iggy Azalea will be featured in an upcoming Shakira album. According to the publication, the Latin diva has already met with Azalea for the recording.

What is a bit blurred is that it’s been confirmed that Shakira’s next album will be recorded in Spanish, so it comes as unclear if Azalea will have her rap contributions in a language she barely knows or if she will be rapping in English in a Spanish-sung track, making it a probable international crossover hit.

This isn’t the first time Shakira collaborates with urban-pop stars, she’s had duets with Rihanna and Beyonce and both have achieved major success, so an Iggy Iggs track is set to do the same.

But don’t get your hopes up just yet, the Colombian star is pregnant and so, probably, new music will not be put out in the next few months…