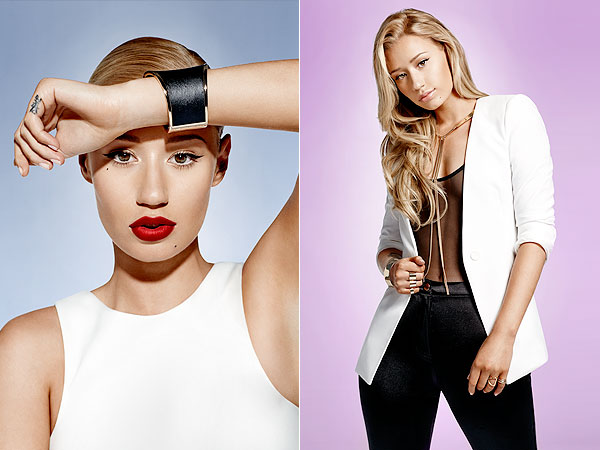 Iggy Azalea has just landed her first national campaign in the United States as the face of Forever 21 holiday advertisements. In a small set of pictures released by Forever 21 this Wednesday (October 22nd), Azalea appears with her high-fashion face alongside her boyfriend NBA L.A. Lakers Stars Nick Young, who’s also starring the brand’s Holidays campaign.

During the photoshoot, Azalea spoke to People Magazine about modeling with her boyfriend for the first time, she said: “As the hours rolled by I think Nick started to realize photoshoots are hard work too, it was funny watching him have that revelation!â€ Young, for his part, had a blast learning from his model/rapper love: â€œIt was real cool. We had great chemistry,”

Iggy Azalea has said her lover was not reserved, saying that he’s got “swaggy” and it comes “natural(ly).”

We’ve added pictures from The Forever 21 Campaign photoshoot to our gallery, be sure to check them out (click on thumbnails to open album):