Iggy Azalea says she wants to collaborate with Taylor Swift 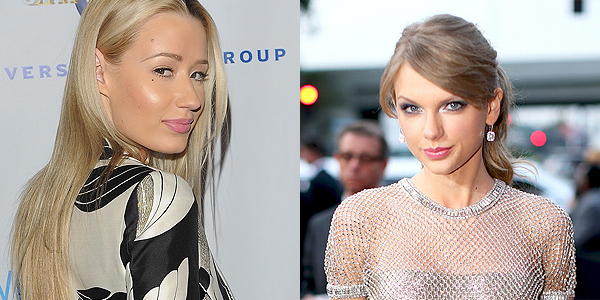 Iggy Azalea reveals she wants to pair up with Taylor Swift. Sorry J. Lo, Iggy may have a new duet partner soon.

Speaking to ET’s Brooke Anderson at CBS Radio’s We Can Survive concert in Hollywood, the “Fancy” singer said she wants to make music with Taylor Swift, who she first met at the Video Music Awards in an elevator. Iggy goes as far as to share that she actually has a girl crush on Taylor and thinks she’s a “badass.”

Besides the interest in making music with Taylor, Iggy also revealed Taylor’s got her down in the looks department, interesting huh?