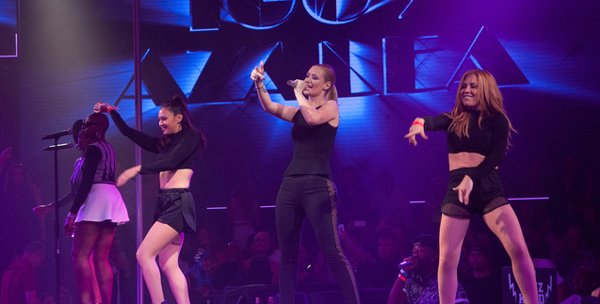 Iggy Azalea performed at The 2014 iHeartRadio Music Festival in Las Vegas on Saturday (September 20, 2014), but the rapper’s night did not stop there. Right after leaving the venue, Iggy went to The Drai’s Beach Club Nightclub where she also took the stage for a performance.

After performing, Iggy spent sometime partying at the VIP Booth with Orange is The New Black star Laverne Cox. The duo chatted for a few minutes and enjoyed several drinks together while dancing.

We’ve added 27 pictures of Iggy’s appearance at the club to our gallery, be sure to check them out: