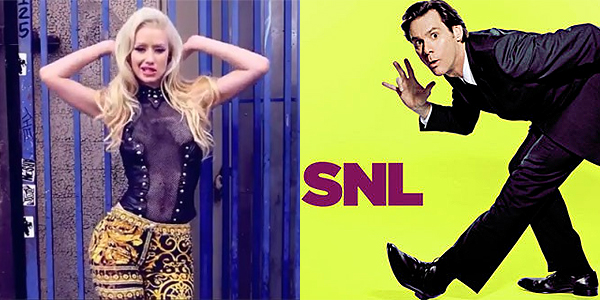 Saturday Night Live (SNL) returned for its 40th season on September 27th with Ariana Grande as co-host and musical guest, and it was kinda of shock Iggy Azalea did not appear alongside her, while the Aussie rapper was previously confirmed to be appearing at the current season of the show, it was expected she would take the stage alongside Grande, but NBC has recently confirmed Iggy Azalea will be appearing in the episode airing October 25th.

The news were announced live on last Saturday’s episode (October 11th) by Bill Hader, one of the shows hosts. Hader confirmed Jim Carrey will be hosting the October 25th with musical numbers by Iggy Azalea. Surprisingly enough, this is only the third time Carrey is hosting SNL throughout his long successful career, being the other two times he appeared on the show in 2011 and 1996.

This is Azalea’s first appearance at the show and the rapping chanteuse has confirmed she will be premiering the lead single from the re-issue of her first major album set to be released in November. The single, which has featured vocals by MO, is titled “Beg for it.”

Pictures Update: Iggy Azalea In Concert in Nashville and Austin