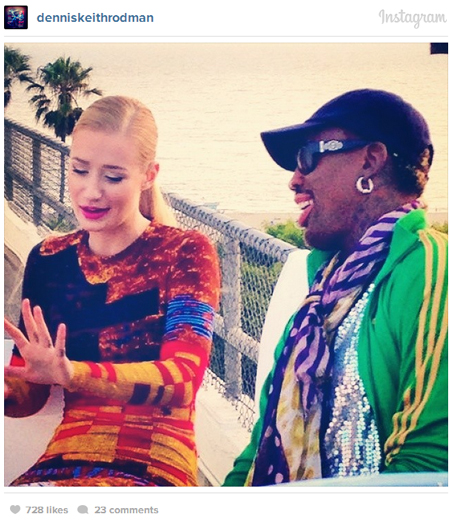 MTV News: Hang around these parts a while between winter and early summer, and youâ€™ll be hard pressed to find a week during which we donâ€™t talk about the NBA. No, itâ€™s not *just* because weâ€™re big fans and thatâ€™s when the regular season really starts to pick up. Itâ€™s because, come All Star Weekend in February, the NBAâ€™s finest turn the dial up on their fashion game. From the â€™70s silhouettes of Clyde Frazier to Allen Iverson single-handedly starting that single sleeve trend, stylish NBA players are nothing new, but this generation of hoop stars is special in that theyâ€™re taking their point of view farther than the court.

Inking deals with major sneaker houses like Nike and Adidas are still the bread and butter of your current NBA player, but now, thanks to talented stylists and a general shift in attitude toward more adventurous looks, basketballâ€™s best and brightest are also being looked at as legitimate fashion icons, adding brands like Barneys New York and Del Toro to the collab roster. On this episode of House of Style, we take a closer look at the growing relationship between basketball and fashion.

First, our host Iggy Azalea sits down with arguably one of the most prominent figures in NBA style, past or present: Dennis Rodman. The two discuss that first time Dennis was on House of Style with Cindy Crawford and the impact his â€œkiss my assâ€ attitude towardâ€”well, everything really, but specifically style had on this younger generation of players. In his own way, he helped open the door for them to let their freak flags fly. No one else has worn a wedding dress or pink feather boa since Dennis (and no one probably ever will, thanks to that strict dress code), but they probably wouldnâ€™t have had the audacity to turn out all of this had he not pushed people so far out of their comfort zones to begin with.

This transitions nicely into a package with Iggyâ€™s boyfriend and bona fide NBA style star, Nick Young (aka Swaggy P. of the L.A. Lakers). We follow him as he gets ready for the red carpetâ€”last minute shape-up, peppermint facial, and all! He and his team walk the cameras through the ABCs of his routine and the difference between Nick Young and Swaggy P. And sure, the idea of watching a video of dudes talking about menswear might sound zzzz to you on paper, but the joy that these guys exude ribbing on each other and getting excited about a really great pair of shoes is so eerily close to a snapshot of our office rifling through each otherâ€™s newest online purchases that you canâ€™t help smiling and relating.