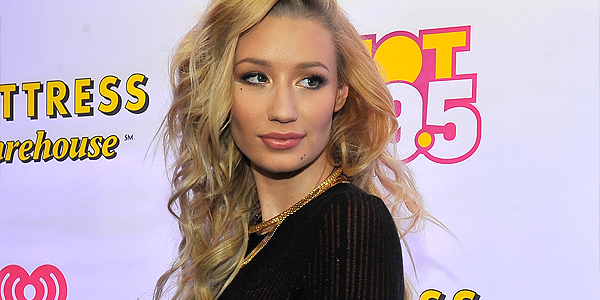 In the documents, Azalea detailed the moment she moved in with Williams who she says â€œbecame aggressive and possessiveâ€ when she moved into an apartment he owned.

â€œI was running out of money and thought I would have to return home to Australia,â€ Iggy Azalea said in the court documents. â€œWilliams convinced me to stay by promising to furnish a vacant property he owned for me to live in. He told me I should stay with him and sleep on his couch while he arranged to furnish my place. I naively trusted him. Almost immediately after I moved my things into his apartment Williams became aggressive and possessive and made unwelcome sexual advances. He isolated me and told me to stop communicating with my musical collaborators. He intercepted contact information from my new acquaintances, never left me alone with other people, and followed me everywhere. When I told him I wanted to leave, he threatened to ruin my career by calling his supposed music industry contacts and telling them not to work with me.â€

According to Azalea, it was shortly after she signed a management agreement with T.I.â€™s nephew that Williams, who is reportedly a convicted felon and was married with children when he was dating the musician, revealed that he had stolen content from her computer.

â€œHe told me he had stolen the entire contents of my personal computer, including all my music, and uploaded it to a thumb drive,â€ she said. â€œHe emailed me some of the files he had stolen to prove what he had done. He threatened to find me and â€˜drag me backâ€™ to him.â€

Azalea, who says she was â€œfearful for my physical safetyâ€ during her ordeal with Williams, explained that the possible release of her unfinished material threatens to harm her reputation with fans.

â€œDefendantsâ€™ threats to released the unfinished material undermine my artistic values and threaten to harm my reputation with my fans, fellow musicians, and business partners,â€ the Aussie rapper said. â€œWilliamsâ€™ efforts to exploit the material he stole from me also are an extremely upsetting extension of the terrible abuse he inflicted on me when I was a teenager.â€