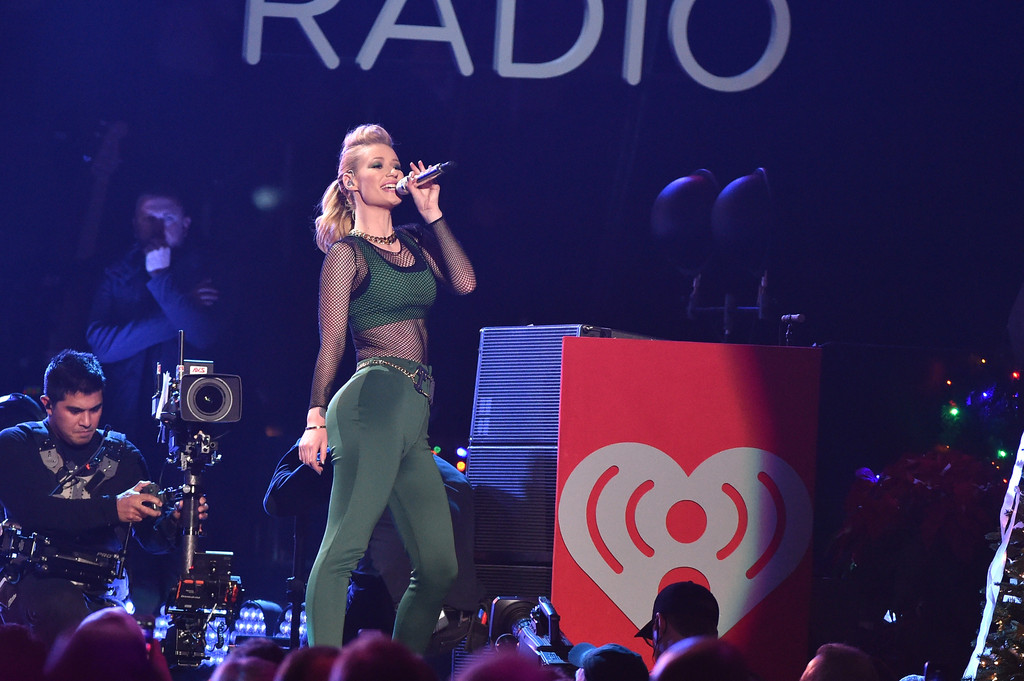 On Friday night (December 12th) the Madison Square Garden was taken by storm with some of this year’s biggest music acts for the z100 Annual Jingle Ball Performance. Iggy Azalea was among the list of artists which also included Taylor Swift, Ariana Grande, 5 Seconds of Summer and Sam Smith. During her 15-minute performance, she had Rita Ora and Charli XCX on stage for the performances of “Black Widow” and “Fancy”, and she also performed her latest single “Beg For It” and the smash “Work”.

We’ve added many many pictures to our galleries, be sure to check them all out! (Click on thumbnails to open albums).