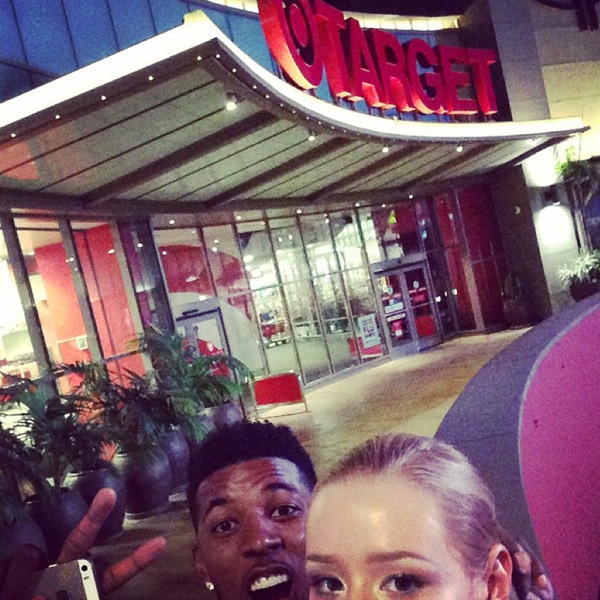 A year ago, Aussie rapper Iggy Azalea asked her date, NBA player Nick Young, to drive her to a Target store, and today, they recreated the love scene. “It’s our anniversary #SeriousTho #LoveYouBoo,” wrote Iggy Azalea on Instagram posting a picture of them in front of an undisclosed Target store.

Iggy revealed during an interview for 105.1 FM radio show about her first date with Nick Young, which was really at Target, she said: “I was like ‘Target is my favorite place! I want to go to Target,’ so I made him [go]. You can learn so much about someone at Target!” she explained. “You can really get to know someone at Target, like what kind of quilts are you into, whats’ your favorite movies? What kind of snacks do you like?”