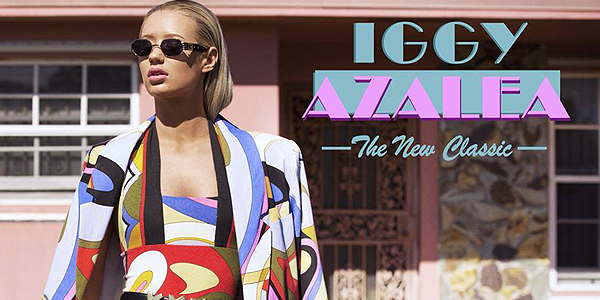 After being named one of Apple/iTunes Albums of The Year, MTV’s Song of The Year, Billboard #3 Rap Album of The Year and Rap Songs Artist while also winning a Women of The Year Billboard Award, Iggy Azalea’s debut album “The New Classic” has been listed among other 39 albums on FUSE Tv’s 40 Best Albums of 2014.

Their comment on “The New Classic” being listed goes as follows:

This year Iggy Azalea was the biggest female rapper in the game. Iggy (and Charlie XCX) made a feast of the single â€œFancy,â€ not only claiming the number one spot on the Billboard Hot 100, but holding it longer than any other female MC. Sure, there have been a few critics (like Nicki Minaj) who have have looked sideways at Iggy for her work. But we have to warn you, Nicki: It looks like she’s coming for your crown.

The list is not made as a rank, instead, Fuse Tv’s website shows their picks in an alphabetical order according to the artist’s first name. The list includes releases by U2, Ariana Grande, Taylor Swift, Coldplay, Lana Del Rey, Nick Jonas, Foo Fighters, Eminem and Miranda Lambert.