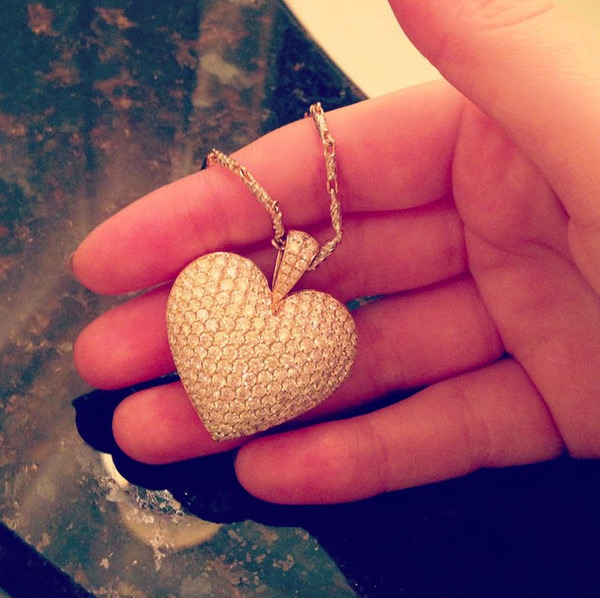 Inquisitr.com: Iggy Azalea and her baller boyfriend Nick Young appear to be very serious. The Australian rapper received a â€œFancyâ€ Christmas present from her man on Dec. 25. Iggy received a diamond heart-shaped necklace, which appears to be a symbol of her boyfriendâ€™s love.

Azalea, 24, gave Young, 29, an extraordinary Christmas present this year. According to Hollywood Life, Iggy gave her rumored boyfriend a classic car. He reciprocated the favor by giving her a diamond necklace in the shape of a heart. It looks like things are heating up between Azalea and Young.

The L.A. Lakers player sent the gift to Iggy. She shared a photo of her luxurious gift on her Instagram account. She thanked her boyfriend and said, â€œI love you infinitely.â€ Azalea also referred to Young as â€œSwaggy Pâ€ on the photo.