Kendrick Lamar defends Iggy Azalea: “Let her do her thing” 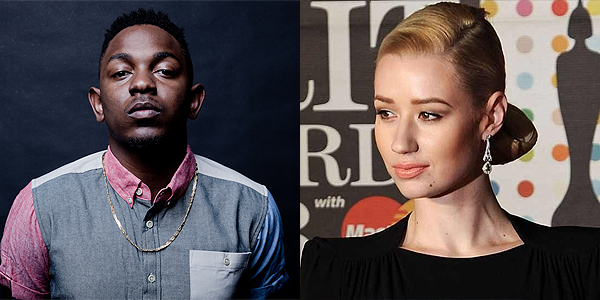 Iggy Azalea has been receiving severe criticism in the past months for black culture appropriation and racial issues, specially for having never advocated for black issues while she’s immersed in black culture and also for producing music historically connected to that community. Many celebrities and media outlets have sided against or with her, and her Grammy nominations have set the discussion on fire.

Kendrick Lamar, who last year spiked similar racial and appropriation discussions after he lost the Best Rap Album Grammy award to Macklemore & Ryan Lewis, has weighed in on the Iggy Azalea topic. In an interview to Billboard Magazine, he said: “She’s doing her thing, let her. People have to go through trials and tribulations to get where they at. Do your thing, continue to rock it, because obviously God wants you here.”

At this year’s Grammys, many are expecting the committee to repeat the widely scoffed-at Macklemore win by awarding Iggy Azalea’s “The New Classic” as “Best Rap Album,” on this, Lamar has no ill-will towards her, and he adds: “I appreciate [the Grammys] recognizing me, that’s not my overall goal… It’s best to just go and enjoy the festivities.”