Iggy Azalea to perform at USC on December 4th 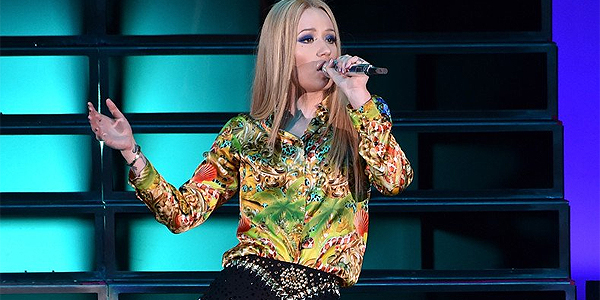 YAHOO! has confirmed that Iggy Azalea will be concluding The 2014 Yahoo On The Road series of concerts by performing live on December 4th at The Bovard Auditorium in The University of Southern California.

Iggy is no stranger to USC, as her current boyfriend and Lakersâ€™ superstar Nick Young, is a former Trojan himself. Young, or â€˜Swaggy Pâ€™ as his teammates call him, was seen on campus this past Tuesday watching his alma mater play Cal State Fullerton. Once Young entered the Galen Center, the in-game DJ proceeded to serenade him with a few of Iggyâ€™s songs. It’s expected her boyfriend might make an appearance at the event.

The increasingly popular rap star, Azalea, had a busy summer performing at popular music festivals such as Budweiser Made in America, Lollapalooza and iHeartRadio Music Fest.

Iggy is set to a draw a huge crowd at USC and for those who can’t make it there the concert will be streamed live on Yahoo On the Road tourâ€™s homepage.