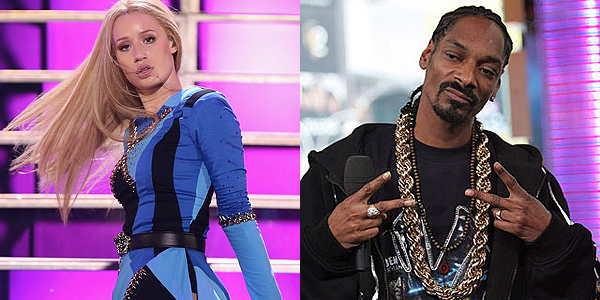 Australian rapper Iggy Azalea was not pleased by the joke Snoop Dogg made towards her via Instagram about her walking around wearing no make-up. The “Fancy” singer fired back at him tweeting that he was “an ass for no reason.”

The cause of Iggy’s anger was an image Dogg posted on his Instagram account of a long-haired blond man with the caption “Iggy Azalea no makeup”. The “Drop It Like It’s Hot” rapper was insulting Azalea following the pictures of her without make-up at The LAX Airport earlier last week.

Angry, Azalea responded him back on Twitter: “why would you post such a mean pic on insta when you send your body guards to ask me for pictures every time we are at shows together? And everytime Iâ€™ve spoken to you, youâ€™ve always been nice as hell. Iâ€™m disappointed youâ€™d be such an ass for no reason,”

Snoop hasn’t addressed Iggy after the tweets, but he has since, deleted his original “joke”.