Iggy Azalea says she did not want to win a Grammy, hating on her was already too much

For Iggy Azalea, a Grammy award would’ve been simply one more problem. The “Black Widow” rapper, 24, revealed in a new interview with Los Angeles’ Power 106 radio station that she was hoping to lose one of the major awards she was up for at last month’s 57th Annual Grammy Awards.

“I did not want to win that award,” Azalea spilled of Best Rap Album. She was nominated for her debut studio album The New Classic, competing against ultimate winner Eminem for The Marshall Mathers LP 2, Childish Gambino for Because the Internet, Common for Nobody’s Smiling, Schoolboy Q for Oxymoron, and Wiz Khalifa for Blacc Hollywood. 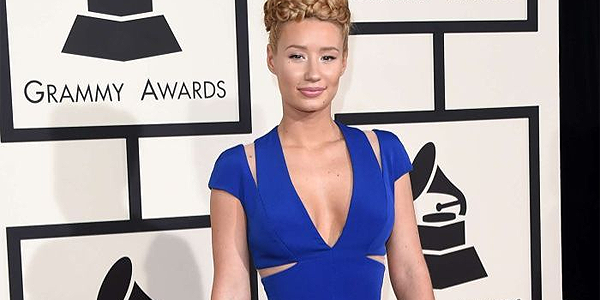 Admitting that she did not even have an acceptance speech ready, Azalea said “I never thought I’d be nominated ever… My speech would’ve been like, ‘F–k this I don’t want it! Take it! Get it away from me.'”

“I’m really happy that I was thought of and I appreciate just that,” the Australian performer added. “I’m glad I didn’t win because people already hate me enough… I do not need to be hated anymore.”

In addition to Best Rap Album, Azalea was also nominated for Record of the Year for “Fancy,” Best New Artist, and Best Pop Duo/Group Performance for “Fancy” with Charli XCX. Azalea, who was beat out in all categories, said the social media hate that she regularly faces just continued after the Grammys.

“Even when I lost, that was the worst too,” explained the rapper, who recently turned her social media accounts over to her team after facing widespread body shaming and criticism. “I was like, ‘God damn, are you ever going to leave me alone? I lost, you should be happy! S–t, bye! Let me lose in peace.'”

A protege of rapper T.I., Azalea went on to discuss the root of her backlash, saying much of it comes from being a white woman in a industry created and led by African-American males. Asked whether she noticed that Eminem didn’t face the same criticism when he took home this year’s Best Rap Album, Azalea responded, “I know, which I found to be kind of ironic cause it was because I’m white therefore I’m appropriating culture, but then Eminem won it, who’s white, and has won it many times. They didn’t seem to say anything about that. I was like, ‘I suspect it was just that you dislike me.”