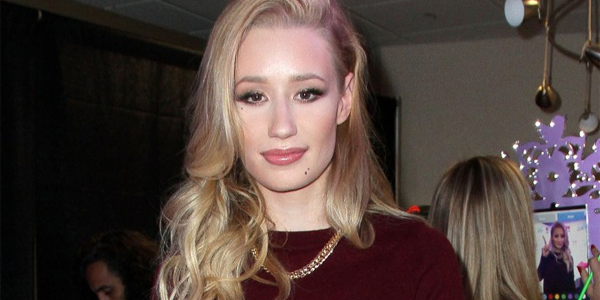 Iggy Azalea revealed on Twitter that she has been diagnosed with temporomandibular joint dysfunction or TMJ.

The â€œFancyâ€ singer took to her social media account on New Yearâ€™s Eve to give her fans a message, which not only announced that she is working on a second album, but that she was diagnosed in November.

According to the Mayo Clinic, TMJ causes pain in your jaw joint and the muscles that control your jaw.

However, the 24-year-old remained optimistic, saying, â€œAnyhow I donâ€™t think it will ever prevent me from doing anything I want to but it has made me realize itâ€™s important to look after yourself.â€

After she finished her message, she tweeted that she was heading off to Vegas to see Britney Spears perform on New Yearâ€™s Eve. 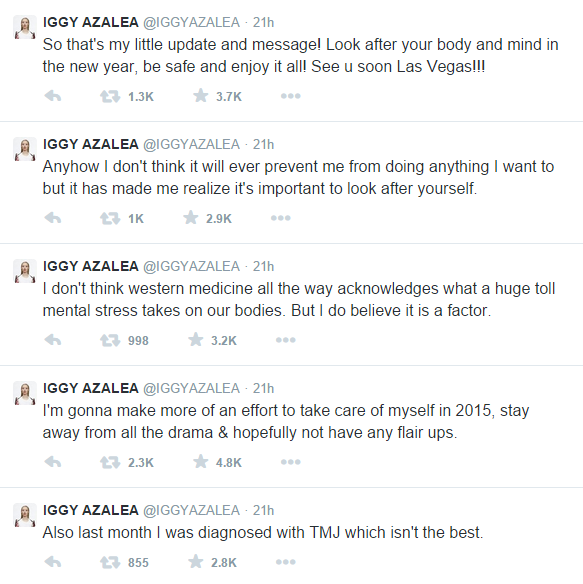