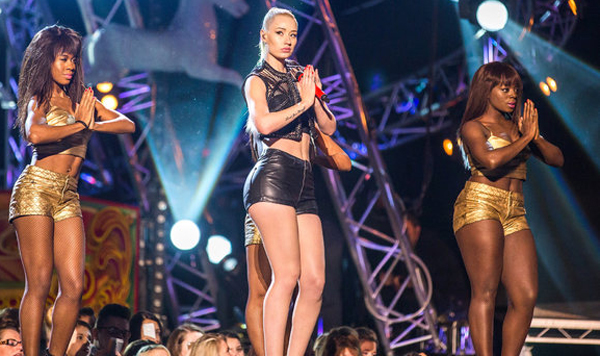 Iggy Azalea has scored one nomination for The 19th Annual MOBO Awards. MOBO awards artists of any origin and background ethnicity that performs or embodies music and musical references known to be of black origin. It is considered the United Kingdom’s equivalent to U.S. BET Awards.

It won’t be the first time for Iggy at MOBO. Last year, she performed at the ceremony (picture above).

To this year’s ceremony, Iggy is nominated aside other nine acts, check:

This year’s ceremony will be held 22nd October, in London.