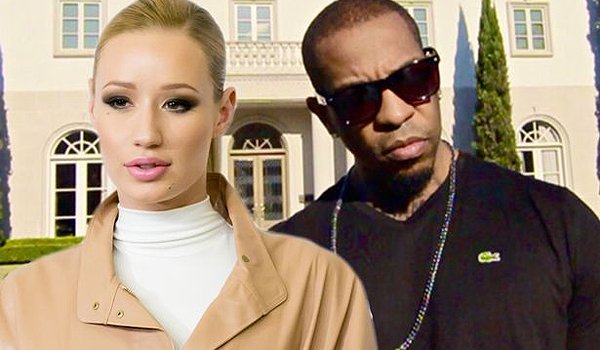 Inquisitr: Give Iggy Azalea some credit for tying up some loose ends before she moves into the next phase of her life. As she prepares to marry beau, Nick Young, Iggy has reportedly wrapped up a lengthy dispute with ex-boyfriend, Hefe Wine. At stake in their year-long bout of legal wrangling was Wineâ€™s claim to the rights of some of Iggyâ€™s music as well as a purported video of a romantic interlude between the two. At one point, he even accused Azalea of giving him a sexually transmitted disease. Both sides sought damages from one another through the courts. Iggyâ€™s side alleged that Wine was in possession of â€œstolen dataâ€ (which may or may not have been some raunchy home videos) and on Twitter, the rapper said she was more than ready for a legal battle.

Although Hefe Wine insisted he could back up his claims by a preponderance of the evidence, it seems that the rather sensitive details of their relationship â€” including the alleged sex tape â€” will never be heard by a judge. Quoting a report from TMZ, Daily Mirror says that Iggy has agreed to pay Hefe Wine a relatively tiny sum of cash to resolve the issue.

â€œHe couldnâ€™t even get a Honda Accord out of it,â€ said a source close to the situation.

According to The Daily Mail, legal representatives from both camps spent around seven hours negotiating the out-of-court settlement earlier this week. Exact details of the arrangement are expected to remain confidential.

As previously reported by Inquisitr, Iggy Azaleaâ€™s current boyfriend, NBA star Nick Young, popped the big question to Iggy in early June and the two are expected to marry soon. The proposal, which warmed the hearts of thousands when the video circulated on Instagram, has been a bright spot for Iggy in the midst of the mounting decline of her public image. Of particular note with regard to Iggyâ€™s slumping career was her decision to cancel her fall concert tour, reportedly due to poor ticket sales. Her recent collaboration with Britney Spears yielded disappointing results and ultimately brought about a public Twitter fight between the two artists.

Many regard marriage as a new beginning in life, and Iggyâ€™s imminent nuptials with Nick Young might be just the kind of fresh start she needs to regain the support of frustrated and alienated fans. Now that Hefe Wine is a permanent part of her past, Iggy Azalea has sole control over her own destiny and personal happiness once again.