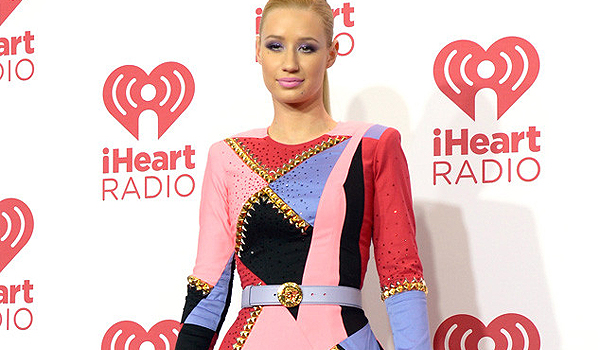 In an interview to E! Entertainment in the backstage of the iHeartRadio Festival, World’s #1 female rapper Iggy Azalea commented on partnering with Jennifer Lopez for “Booty” and added that she has another collaboration with a “pop queen” in the oven.

And rumors have it that it might not be “a” Pop Queen, but “THE” Pop Queen as Iggy is allegedly working with Britney Spears.

Talking about shooting the music video for “Booty”, Azalea said: “I thought that she (Jennifer Lopez) would be like a super-diva, and she was so down to earth and lovely and she didn’t have a crazy ride or anything extra. She just got on with it and she was so sweet, and I feel like I’ve gained a friend out of our collaboration. And I had a very surreal moment filming the video with her because she’s somebody that I’ve sung her music back in cars with friends and in bedroom mirrors over the years.”

She then moved on to say she has worked with another pop icon: “There’s somebody I’ve had my eye on but we just did a secret collaboration, so I’m hoping we’ll be able to announce that in the next few weeks. Another pop queen that I’m excited about,”

We don’t know if it’s really Britney Spears, but word in the street says it could be the pop royal as Spears has said before she was looking forward to a collaboration with Azalea for an upcoming yet unannounced record.

You can watch the interview video at E! by clicking here.