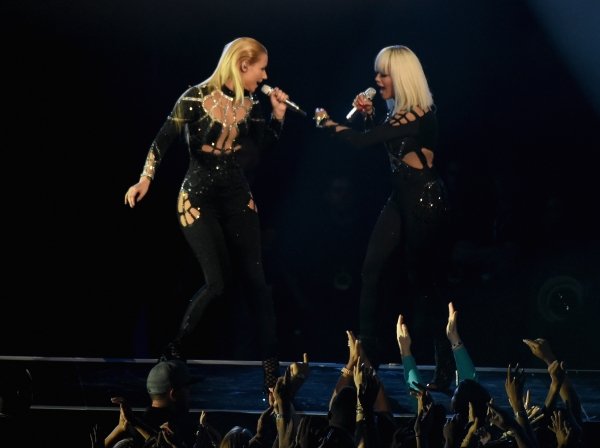 The British singer had told UK tabloid The Sun: “I said to Iggy we should make out on stage and kiss during our performance, However, she told me that would be crazy because that’s already been done. Britney Spears and Madonna kissing was my favorite VMA performance ever.”

Despite not locking their lips on stage, both singers were happy with the turnaround of their performance, to which Rita described on her Instagram account as “Epic.”