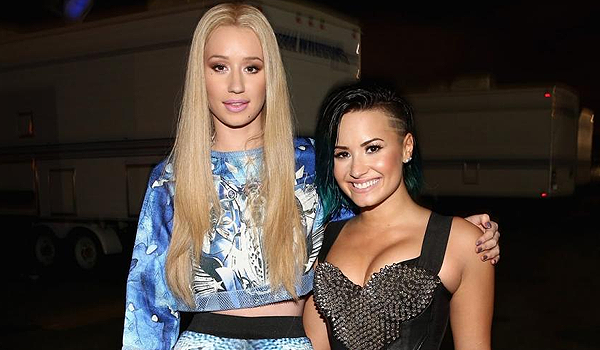 Iggy Azalea has just confirmed her friend (and bridesmaid) Demi Lovato will “definitely” be featured in her [Demi’s] upcoming studio album. While Azalea and Lovato are still figuring out in which song they will be together, we are sure it will be a hell of a jam.

Yes, we are excited, but apparently, the song will not become a single for the duo. Iggy replied to a fan on Twitter saying that the Lovato song will not be a single. Furthermore, she added Demi is the only feature she’ll be having and she won’t appear in other artist’s songs until her new material is out.

Azalea confirmed a couple of weeks ago that she already has six songs on lock for her next album, and the first single will be out by next year.

Check out the tweets on the Azalea x Lovato music partnership:

@Phoenix_Stone09 no its not a single.

@Phoenix_Stone09 no, im not doing any features until my own stuff is out. demi is the exception to that because shes my close friend.