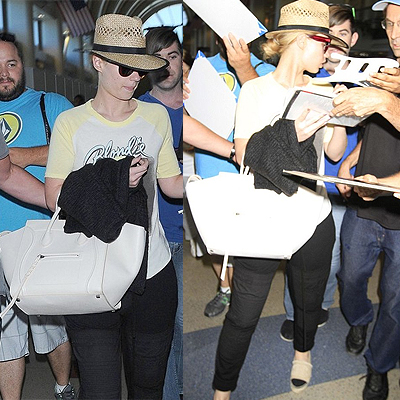 Iggy Azalea was spotted by a crowd of paparazzi and fans as she was arriving at The LAX Airport in Los Angeles, California in a flight from Austin, Texas, where she performed during the weekend. Wearing a hat and sunglasses, Iggy posed for pictures with a few fans, but she remained calm and mostly silent up until she gets to her car. We’ve added 28 pictures to our gallery, and you can stream a video courtesy of X17.