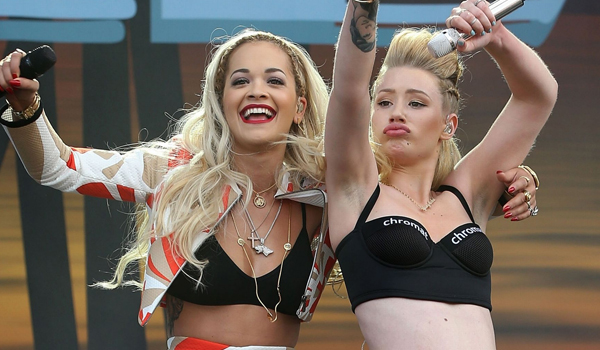 Well, the ones she uses during performances, at least. International rapping superstar Iggy Azalea revealed during an interview for Kiss FM Breakfast Show in London that she does not wear the same underwear twice.

She apparently really is “so fancy”, and she sings about in her most popular hit, “Fancy”. “Every show I get a new pair of underwear. I put it on and then I throw it out after and that’s the end,” said Azalea, being completed by Rita Ora, who was also interviewed: “We don’t see the same underwear twice.”

Iggy Azalea and british singer Rita Ora also commented on their feats, friendship and spending time out of the spotlight: “I like to pretend like I’m working out and just walk around in my joggers, I spend my whole day like that. I have plenty of photo evidence online of me looking like a little boy. Sometimes I don’t care and I just take pictures without my make-up on, like at the airport and stuff, and other times I do care,” said Iggy.