Every other day we have new Bonds 100 outtakes and they all actually look quite incredible! Just added 2 new outtakes to our gallery, be sure to check them out:

On the verge of Iggy Azalea flying home to Australia in order to attend The Bonds 100th Anniversary Party, MTV Style Australia has took sometime from the singer to make a few questions including: her wedding plans, her time as the face of Bonds, her idols and a lot more.

Here is a part of the interview (Click here for the full interview):

MTV Style: Youâ€™re originally from Mullumbimby, do you ever think about what you might be doing now if you never moved to the States to pursue a career in music?

I would probably be doing something extremely boring. I cleaned hotel floors for a while, so that was pretty awesome. I always knew it was rap or bust.

MTV Style: Do you prefer a good pair of trackies or a red carpet gown?

MTV Style: Do you plan on wearing a good old pair of Bonds cotton tails on your wedding day?

MTV Style: Have you thought about approaching Bonds to do a custom Bonds wedding gown?

Hmmmâ€¦I canâ€™t say I have. While I really believe in the brandâ€™s ability to think outside the box, I donâ€™t know if I would go that far.

MTV Style: Have you picked out your dress yet?

MTV Style: Have you picked out your bridesmaids dresses?

No, definitely not haha.

MTV Style: Has Demi (Lovato) helped you out a lot with the wedding planning?

Iâ€™m taking a pretty active role in every aspect of the wedding, but Iâ€™m definitely running certain things and ideas by my friends like Demi. Thanks.

MTV Style: If you could design a custom pair of underwear for Bonds called the â€œIggyâ€™sâ€ what would they look like?

Hmmâ€¦they would probably just be a Bonds classic with a slight twistâ€¦maybe an extra splash of color or something simple like that. But I would basically play off the original as a general rule.

For the full interview go to: http://www.mtv.com.au/style/news/iggy-azalea-i-hate-seeing-my-idols-turn-into-washed-up-popstars.

Three promotional photos from the first campaign of Iggy Azalea’s shoes collection in collaboration with shoe-designing legend Steven Madden have been released. We have added them to our gallery, be sure to check them out! 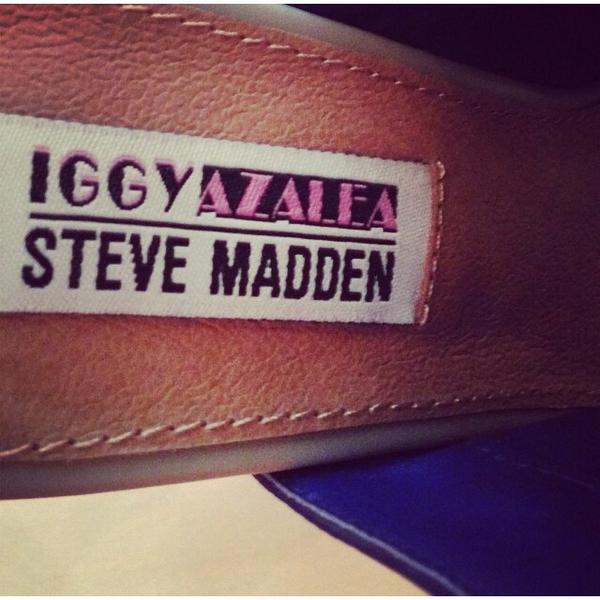 Are you excited for the upcoming Iggy Azalea Shoe Collection by Steve Madden? Have a look at the brand’s tag above… Looks awesome, doesn’t it? We’re surely looking forward to it! 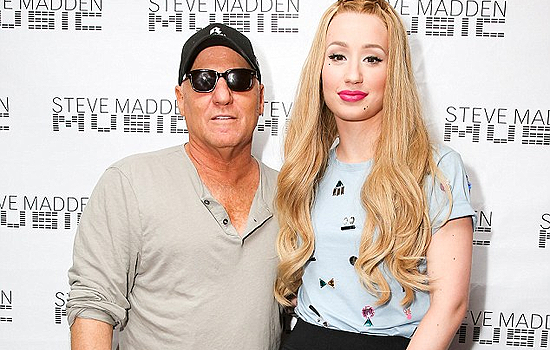