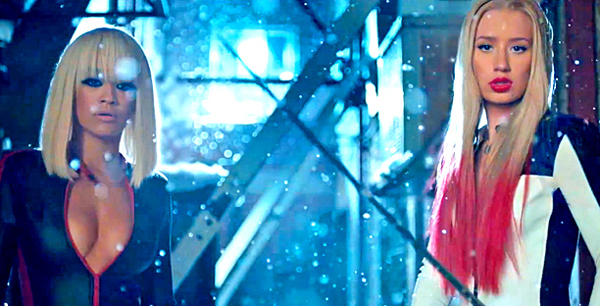 As Iggy Azalea’s featuring with Rita Ora “Black Widow” moves 2-1 in this week Billboard U.S. Pop Songs chart, the rapping chanteuse has attained her third #1 on the chart which measures airplay in the U.S. of hundreds of Mainstream Top 40 radio stations. “Widow”, which recently got Platinum certification in the U.S. has accumulated weekly spins of over 17,000.

This is the third Iggy Azalea song to top the chart. The other two being “Fancy” and her featuring on Ariana Grande’s song “Problem.”

The last time a singer had three back-to-back chart-toppers on the Pop chart was in 2009 when Lady Gaga sent “Just Dance”, “Poker Face” and “LoveGame” to the summit of the pop airplay panel.