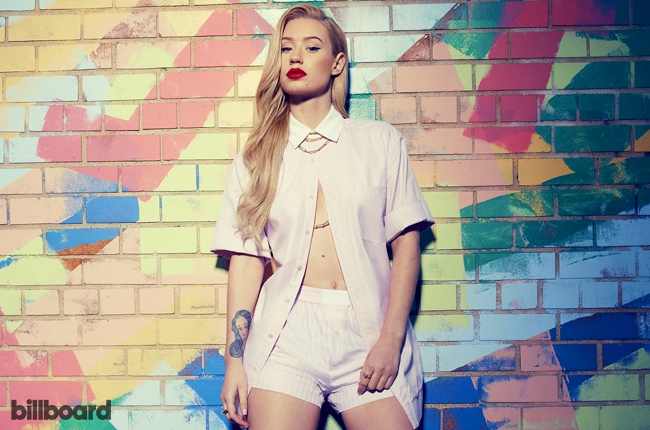 Billboard.com: When it comes to rap in regards to the Grammys, the question has become not who we hope wins, but who will win. And the answer usually comes in a trembling echo of united frustration. It happened last year when Kendrick Lamar was up against Macklemore. Rap aficionados were rooting for the Compton, Calif., rapper, whose critically acclaimed debut good kid, m.a.a.d city was branded an instant classic, but Macklemore, who many didn’t consider as an “authentic” MC, ultimately swept the category.

It looks as if history will repeat itself. While Childish Gambino, Eminem, Common, ScHoolboy Q and Wiz Khalifa are nominated for Best Rap Album this year, it’s more than likely that Iggy Azalea will take home the award at the 57th annual Grammy Awards for her album, The New Classic.

Based off the exposure and mainstream success Azalea has achieved in 2014, it’s safe to say that she’ll beat out the rest of the nominees. Plus Azalea’s singles — specifically “Fancy,” featuring Charli XCX — had the biggest impact on the charts and radio over the competing artists.

What may sway voters toward The New Classic is what disappoints loyal rap fans: It has garnered mainstream exposure because of its pop influence, as was the case with Macklemore & Ryan Lewis’ The Heist. Common, a veteran rapper, released one of this year’s most brutal reflections on society, Nobodyâ€™s Smiling. It’s centered on the then and now of his hometown of Chicago, interweaving memories of his own with stories of the catastrophic violence that’s gripping the city.