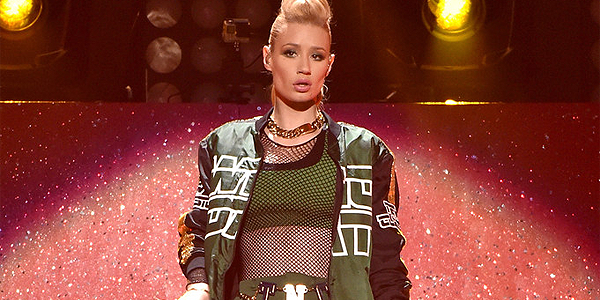 After multiple media outlets reported Twitter account @TheAnonMessage was threatening to release snapshots of an alleged Iggy Azalea sex tape if the “Fancy” singer did not back up on the feud with Azealia Banks by apologizing, @YourAnonNews confirmed that the Twitter account spreading those threats, in spite of having thousands of followers, was not real and had no connections with the hacktivist group Anonymous.

Via Twitter, @YourAnonNews said that the only Twitter accounts really connected with the group are @AnonReport and @YourAnonCentral, besides @YourAnonNews itself. The group said to have, in their own words: “more important and relevant issues to tackle than some pop star,” officially denying to be threatening Iggy Azalea.

The account which made the threats, claiming to have a sex tape of Iggy and “so much shit” on her, has since been suspended from Twitter. Iggy Azalea herself, or her management, haven’t addressed the threats, the rapper only stated that such “sex tape does not exist.”